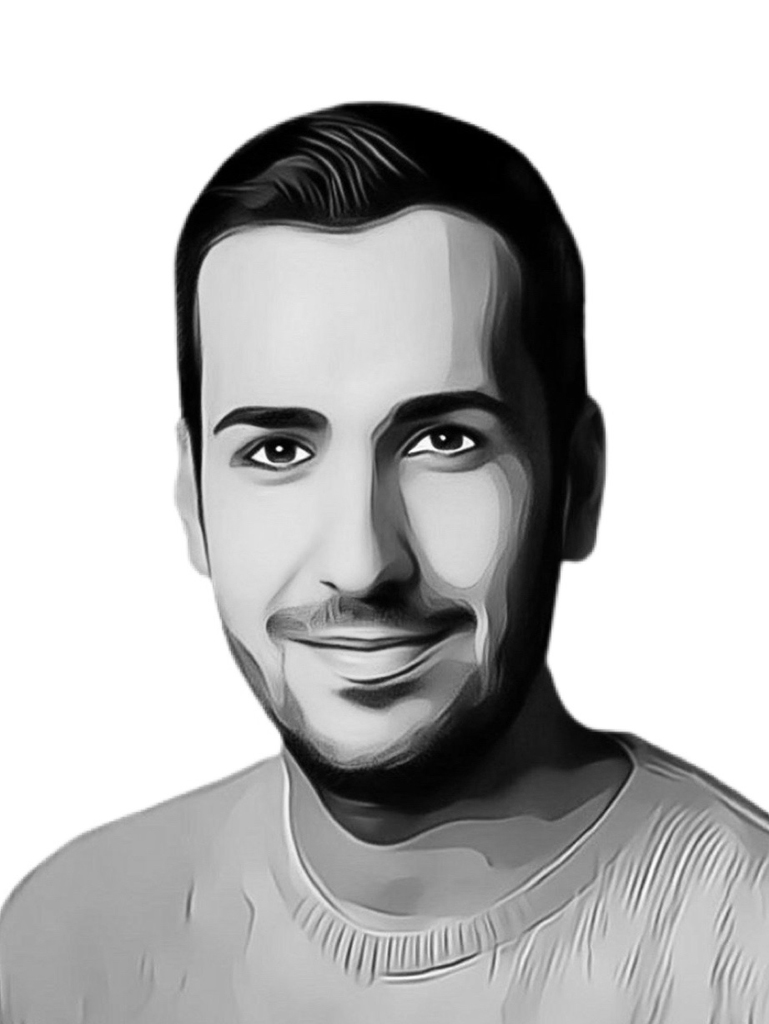 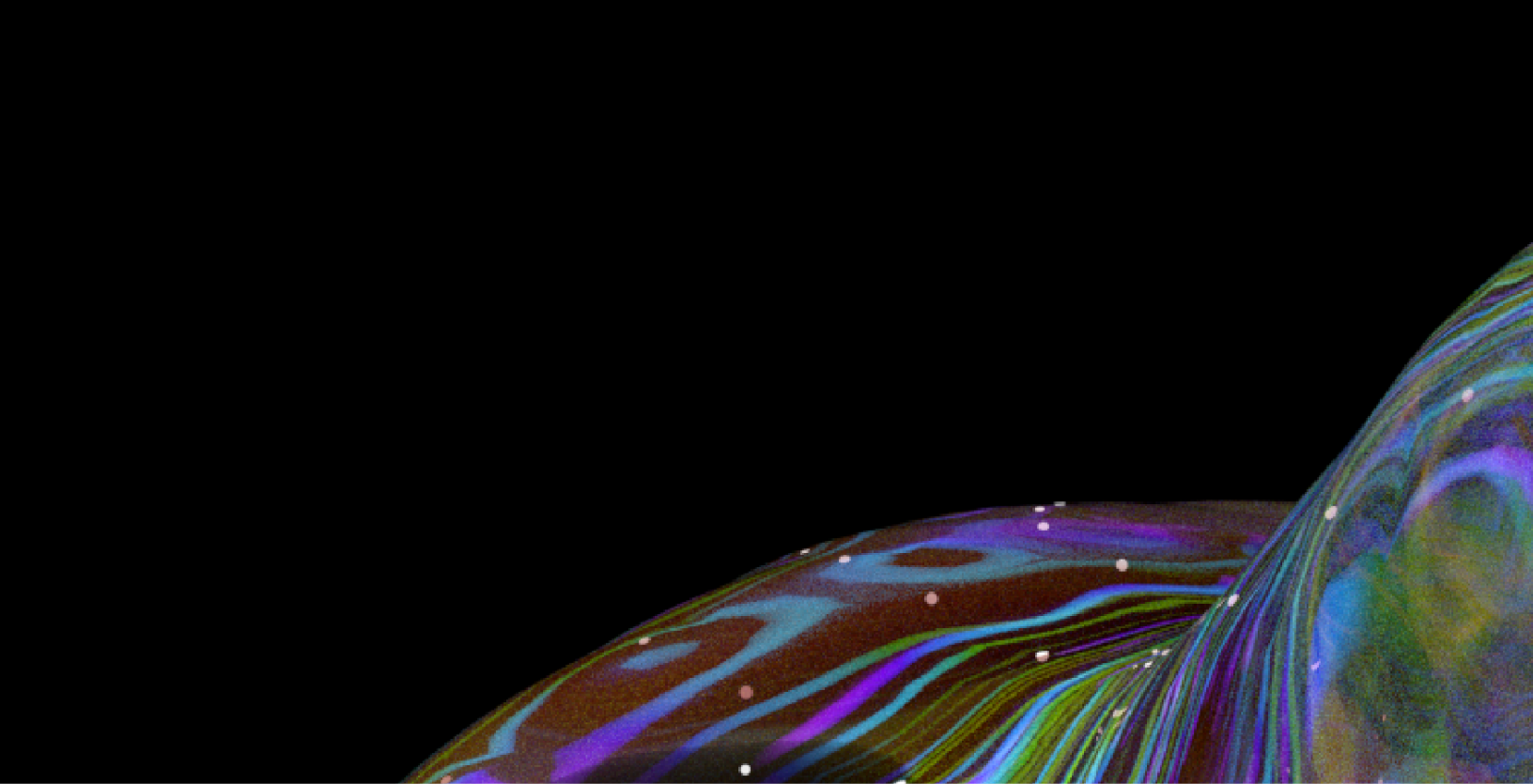 🏆 Winner at HackFS. A hackathon featuring judges like Vitalik Buterin, Juan Benet from Protocol Labs, Austin Griffith from Ethereum Foundation and many more. The hackathon was important for Web3API for getting initial feedback from industry leaders and onboarding partners. The team were presented four awards at the hackathon issued by Protocol Labs, the Ethereum Foundation, Fleek and ENS.

👨‍💻 The engineering teams behind the project have a wealth of experience in the crypto space, working and building custom integrations for Balancer, Gnosis, Aragon, ParaSwap, Ren, Wyre, MetaMask and more.

Energetic and highly compatible team with in-depth experience working for and with notable web3 protocols.

The team has a strong and varied business network, critical for bootstrapping phases and lighthouse partner onboarding.

Tackling a universally felt pain-point in the industry.

Early indicators of problem/solution validation in the form of keen launch partners and support from the likes of the Ethereum Foundation and Protocol Labs.

Community governed principles and values from the onset — the core development team are congruent with the ethos of the industry.

It achieves this by empowering dApp developers to integrate any Web3 protocol through simple GraphQL, a widely adopted query language in the world of Web2. The Web3API packages third-party developers are integrating are written in secure, efficient and portable WebAssembly by protocol developers.

Today, web3 integrations require embedding a variety of non-standardised web3 SDKs consisting of JavaScript wrappers and smart contract ABIs. With Web3API, however, applications will just need to integrate the Web3API client to be able to communicate with all available decentralised Web3API endpoints.

Developers will be able to discover, use and integrate the API(s) of their choice via the Web3Hub – the portal to the Web3API ecosystem. 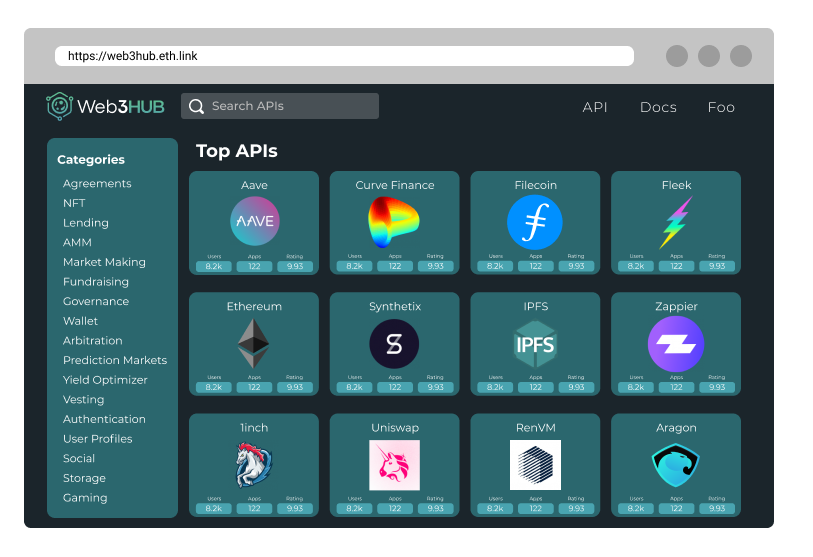 Achieving ‘composability’ and ‘extendability’ on Ethereum is a burden for developers today. Developers have no choice but to embed a variety of web3 SDKs comprising of JavaScript wrappers and smart contract ABIs to achieve cross-protocol communications for their application.

This leads to an integration problem due to:

Taking into consideration the above-mentioned value propositions, Web3API could arguably unlock many use cases that are yet to be fully realised in crypto.

Discovering and integrating APIs via the Web3Hub

Developers wishing to discover, use or integrate these next-generation APIs can do so via the Web3Hub, an open-source platform being developed by the Web3API team. Similar to GitHub, users of the Web3Hub will be able to see a list of all the different available APIs, including their subdomains and versioning.

Once a user discovers their API of choice, the Web3Hub will give developers three different options when interacting with the respective API: (1) View the GraphQL schema; (2) Query the schema; or (3) Interact with a dashboard view.

The dashboard acts as a modular UI piece. It has the ability to auto-generate a UI based on the Web3API’s functionalities. As an example, a dashboard for the Uniswap Web3API could easily be spun up via the Web3Hub that auto-generates a user-friendly form to facilitate token swaps.

The auto-generated dashboards made possible by the Web3Hub make the protocol-to-protocol integration process even simpler for developers. Once a developer customises their application by combining multiple protocols via their respective APIs, the dashboard adapts by automatically incorporating the new features and presenting them in a user-friendly way. 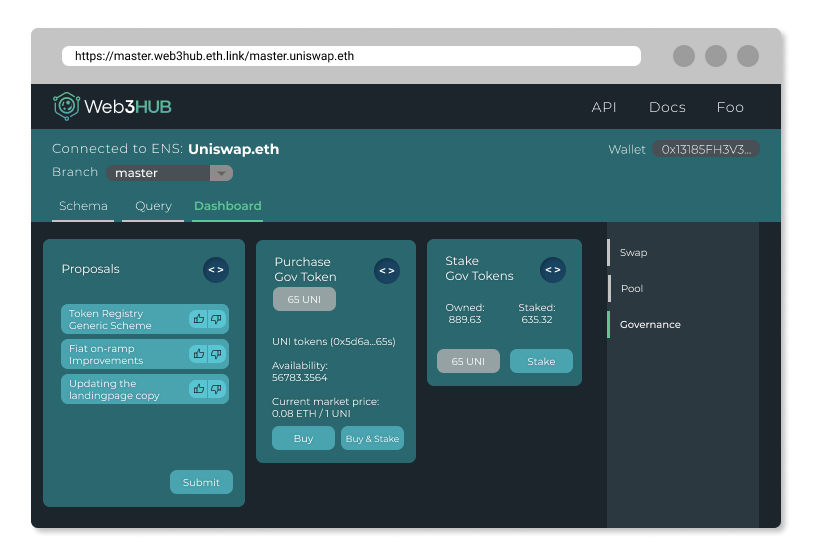 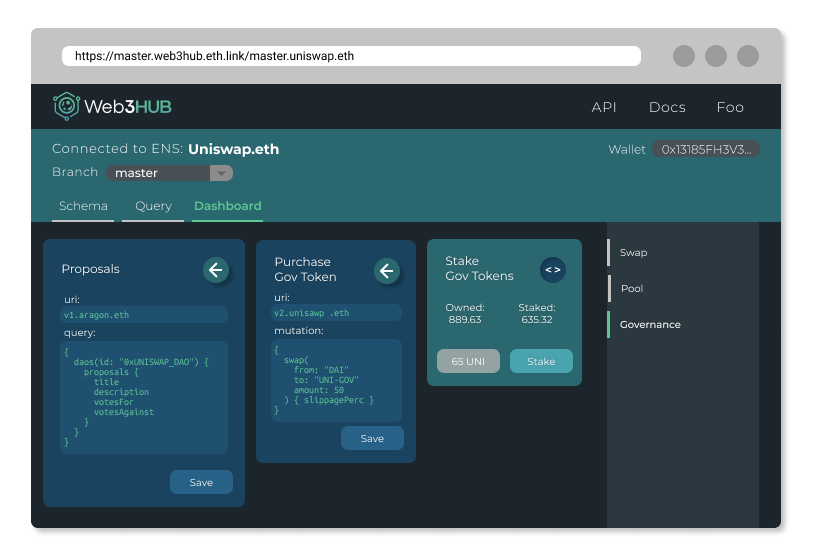 Application developers integrating Web3APIs only have to include the Web3API Client inside of their app. The client is very light-weight and enables them to send queries to any API of their choosing through GraphQL.

With GraphQL, the process of integrating and interacting with Web3APIs becomes almost exactly like integrating a Web2 GraphQL API.

Developing an API for a decentralised protocol

Developers can create a Web3API for their contracts in any language of their choice, as long as it compiles to WebAssembly. This includes but is not limited to: Rust, Go, Java, TypeScript (AssemblyScript), C#, C/C++.

Web3APIs use GraphQL as the common interface language. A developer of a Web3 protocol can easily define a typical GraphQl schema, which allows for read and write functionality of the respective Web3 protocol. Developers can also publish additional documentation with their GraphQL schemas.

WASM is a lightweight and portable assembly standard, which achieves native code execution speed in any environment, including the browser. Since developers can run WASM within all popular languages, it allows for portable and efficient code. By using WASM, Web3API can quickly perform complex actions within any type of application.

Additionally, WASM is responsible for Web3API’s security and speed advantages over JavaScript. Firstly, its execution speed is much faster than JavaScript. Secondly, WASM is executed within a secure virtual machine, meaning that Web3APIs cannot reach inside an application’s memory. In turn, this keeps private keys safe and prevents common JavaScript-based attacks.

Furthermore, the execution of Web3API WASM is always verifiable as the WASM modules are downloaded from IPFS via designated hashes, meaning that the resulting executable code will never change.

The DAO will govern all of Web3API. This includes financial control, on-boarding of new developer teams, partnerships, future control over the API standard and much more.

Currently, this is mostly focused around capital allocation, approval of roadmaps and ratification of MOUs. The most recent spending proposal for October can be found here.

The current process involves using Snapshot as an off-chain signalling mechanism to gauge initial sentiment. If consensus is reached on Snapshot an on-chain proposal will be created on Aragon if needed. In both cases, your number of votes is equal to the number of tokens you hold.

The current DAO configurations can be found here.

Web3API is an ecosystem standard that requires governance, funding, and continual adoption. Instead of having a single company building this project initially, causing rivalrous tendencies to propagate, the initial creators think it’s best to be building in a community first manner to maximize adoption and quality. This model is similar to that of the blockchain foundation model.

The DAO is currently spearheaded by a collection of individual contributors and credible builder teams, including dOrg, NodeFactory, and Concorde Studio.

The Web3API vision is to make the Web3Hub the go-to portal for developers to discover, integrate and use the array of Web3APIs available. In the mid-to-long term, the governance token aims to serve as a work token whereby holders will be given control and responsibilities over the Web3Hub in return for token rewards. Decision-making power will be vital for things such as stewardship, curation and accrediting skilled-developers wishing to contribute to the ecosystem.

If the Web3Hub fulfils its vision as being the go-to gateway for APIs in blockchain, we assume that application providers will be incentivised to increase their share of voting power in the Web3API ecosystem. We believe that this demand will stem from protocol developers (and their respective business teams) wanting to ensure widespread exposure of their product and respective API in a bid to boost adoption.

The Web3API team are also exploring other additional utility mechanisms that may prove effective in the nearer term for its token. These include:

Bootstrapping the Supply Side

To showcase the benefits of Web3API, the core team aims to channel some of its own development resources to building the initial wrapper APIs for several pre-existing protocols.

Due to the permissionless nature of the blockchain ecosystem, Web3API does not need permission to create a dashboard or a Web3API. For instance, they could easily create a Web3API at uniswap.web3api.eth and present the functionalities to the Uniswap founders and core team. If the Uniswap core team likes what they see, they may be inclined to fork it and upload it to their own ENS address. In return, Web3API will not only get important feedback on their product but also get direct exposure to a wide range of other projects that are seeking ways to integrate with Uniswap (in this example).

Obviously, this would result in considerable development work for the Web3API team. Therefore, current builders aim to focus only on high-profile and in-demand protocols.

Web3API will be exploring ways to not only inspire developers for code contributions to the protocol but also ways to use token incentives to encourage API curation, audits, reviews and advanced managed services.

The Web3API DAO would serve as the standard-body, responsible for the accreditation of developers. Therefore, the DAO will appoint and verify certified consultants, which could be hired by projects wanting to build upon the Web3API standard.

Bootstrapping the Demand Side

The Web3API team is working alongside its diverse set of launch partners to help them utilise the full benefits of the technology. Aside from easing integration, the team aims to work with its partners to take full advantage of the hyper-composable characteristics in a bid to unlock innovative new capabilities unseen in this market.

In turn, Web3API wishes to use these case studies to drive marketing and prospect partner onboarding.

Web3API already has onboarded several demand-side launch partners (signed MOUs) including Gnosis Safe, DXdao, Abridged, Fleek and Pocket. As its early evangelists, these partners will play a vital role in providing feedback and influencing the roadmap.

For the first 16 months, the total supply will be capped at 20,000 W3API tokens with the above distribution details. Afterwards, the DAO members will vote on further emission plans. This can also include plans for further fundraising activities or additional developer incentivization.

The DAO will further vote on when the tokens are to be unlocked and the corresponding vesting schedules for the funders and the builders.

Seed funders will receive 20% of the total supply. The vesting and unlock timing depends on the outcome of a DAO vote.

Current progress and pre-seed funding contributors can be checked here.

Pre-seed builders will receive 20% of the total supply and are subject to the to-be-determined vesting schedules. The allocations and related work of each pre-seed builder can be found here.

The DAO will distribute 60% of the total supply to the highest performing builders over a period of approximately 16 months (3.75% of total supply per month). This is meant to rapidly scale software and business development efforts while distributing control to the ecosystem’s most valuable contributors.

Both “builder” allocations will not only be paid out to developers but can be used for general value-add commitments as well, like for example business development or marketing activities.

The successful completion of the raise will give the DAO enough runway for 12-16 months. It is anticipated that the DAO will allocate funds for:

The Rarestone team has recently taken a position in Web3API based on the analysis provided in this written brief. This is meant to disclose any perceived conflict of interest and should not be mistaken as a recommendation to purchase Web3API tokens. This overview has been prepared solely for informational purposes and is not to be considered as investment advice. It does not purport to contain all of the information that may be required or desirable to evaluate all of the factors that might be relevant to a potential investor, and any recipient hereof should conduct its own due diligence investigation and analysis to make an independent determination of the suitability and consequences of any action. 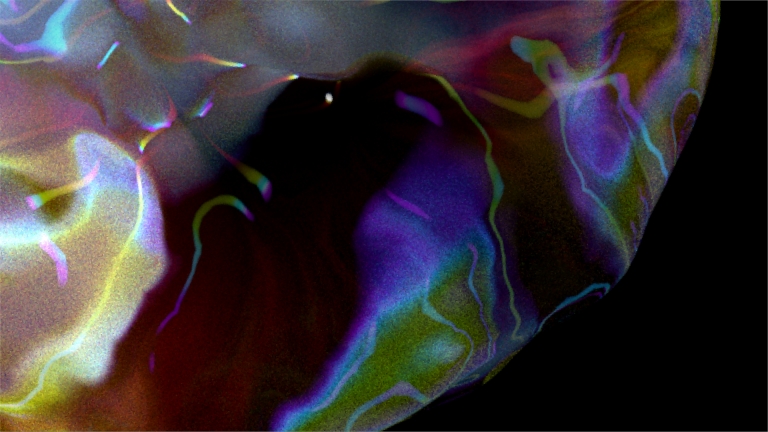 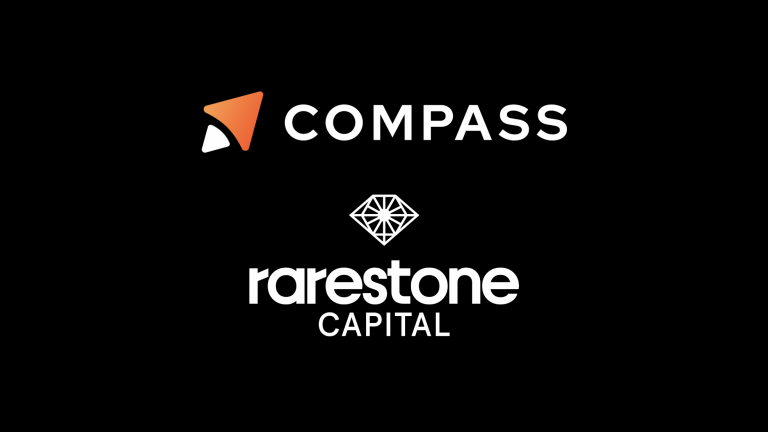 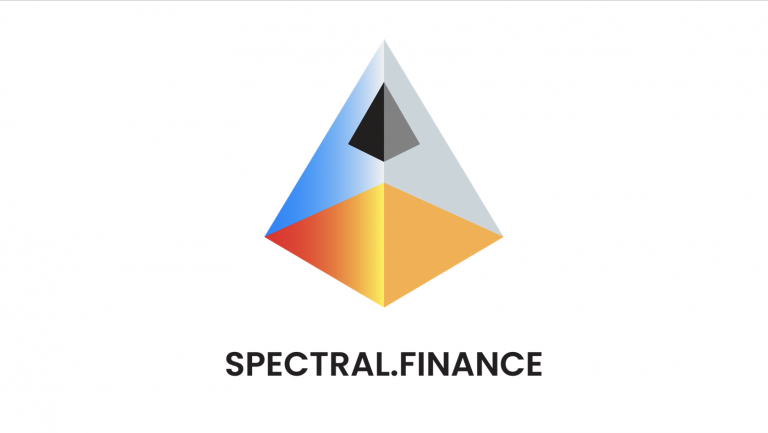 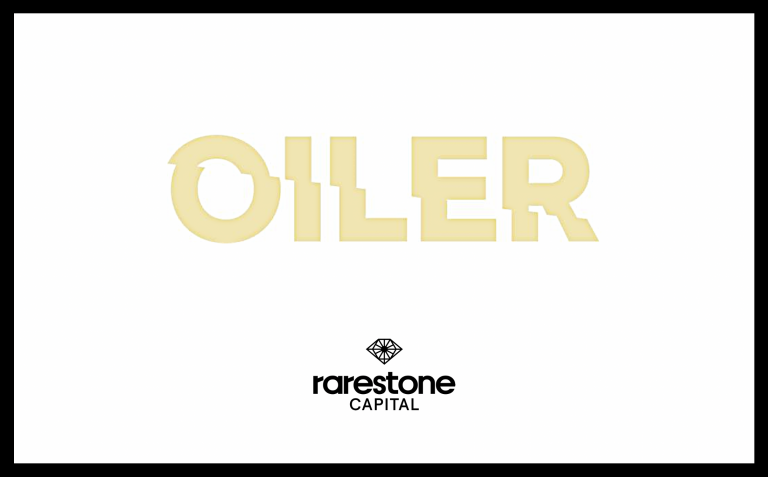